We can make Robots as smart as a human by using a cloud brain.
Helpful humanoid robots will be affordable for homes by 2025.

This will be achieved by cloud-connected robots,
where diverse models of robots share a brain hosted on a cloud platform.


Your robot will have access to an ever-growing number of skills
similar your smart phone’s access to apps today.

We make helpful robot services possible; and to make them safe, secure and affordable.

Our mission is to implement the Vision. As breakthroughs continue along the way to the Vision becoming reality, CloudMinds is preparing to be an operator of diverse models robots
for people with a wide range of interests and needs.

Have a robot?  We can make it smarter.
Have AI skills?  We can integrate them into ever-expanding cloud brains.

CloudMinds is the creator of an emerging fabric to connect a multitude of AI skills to cloud robots (and other smart devices).

We are a catalyst that increases the value of AI developed anywhere in the world
by creating seamless interoperability with robots (and other smart devices).

CloudMinds shares core values with stakeholders around the world.

Cloud robots must be safe.
Businesses can trust robots with their employees.
Moms and Dads can trust a robot at home with their children.


Cloud robot services must be secure.
The connection between robots and the cloud brain is protected.
Data is processed and stored locally with state-of-the-art technologies.


Cloud robot services should be affordable.
Businesses can significantly increase productivity.
Most households should have access to robot services.


In addition to these shared values, CloudMinds strives for world-class engineering internally
and eagerly contributes in industry collaboration externally.

CloudMinds is a charter member of the Association of Cloud Robot Operators (www.acro.ai), is an active participant in the IEEE Committee on Communications Quality and Reliability and supports the tenets of the Partnership on AI (www.partnershiponai.org ).

CloudMinds has key functions distributed internationally, including major offices in the U.S., China and Japan.

A New Kind of Tech Company

From CloudMinds’ inception in 2015, its founders understood  that Internet-level security and trust were insufficient for society to enter the emerging integration of cloud robots with civilization. Higher levels of trust are required, beyond what tech companies have achieved to date.

CloudMinds policies and practices are continually being optimized to strive for the highest level of trust of stakeholders – consumers, enterprises and governments – around the world. 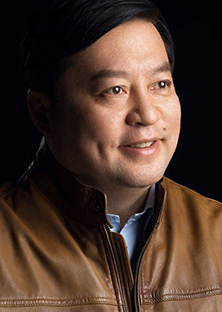 Mr. Bill Huang is a technology visionary, innovator and entrepreneur with more than thirty years experience in the development and market introduction of emerging technologies. Bill started his career at AT&T Bell Labs, co-founded UTStarcom and most recently served as the General Manager of the China Mobile Research Institute.  As CTO of UTStarcom, Bill was a trailblazer in the soft switch transformation, proposing the “network is the switch” concept in the mid-1990s, leading the creation of the world’s first mobile softswitch system, and co-founding the International Softswitch Consortium.  Bill was also a pioneer in Internet Protocol television, leading the development of the first carrier-class IPTV system. In his most recent position, Bill oversaw innovation, research and development for the world’s largest communications network. He advocated for TD-LTE as an international 4G standard, developed the first operator-based Android smart phone open operating system (OMS), initiated the adoption of Hadoop and OpenStack technologies for cloud computing and big data platforms, and spearheaded next-generation mobile Internet concepts.
The challenge of designing the ideal software and networking approach for robots has captured Bill’s attention since 2012, which led to his launching CloudMinds in 2015 with the vision to operate humanoid robots that would be in homes by 2025.
In 2016, Bill was recognized with the IEEE CQR Chairman’s Award, cited “for his leadership to surgically implement the most advanced technologies across the world’s largest communications network, for his influence unifying mobile technologies into a single world-wide standard, and for his service inspiring fellow engineers with vision to deliver value to end users.”
Bill earned a M.S. in Electrical Engineering and Computer Science from the University of Illinois and a B.S. in Electrical Engineering from the Huazhong University of Science and Technology. 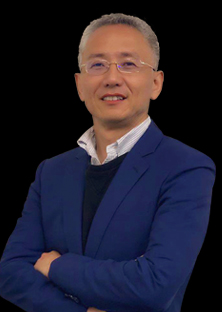 Dr. Robert Zhang provides strategic leadership for CloudMinds products and services.  Robert has served in ever-growing leadership capacities for world-class technology companies. He began his career at Apple, where he worked on CPU software and later as iPod operations manager.  At Microsoft, he then served as senior program manager for new product introductions for Xbox 360.  After serving at vice president of product management for Irdeto, where he oversaw global product strategy for broadband video, he served as head of service strategy and operations for Samsung Telecommunications America.

Intrigued with the opportunity to be part of a start-up at the intersection of four exponentially growing markets: cloud computing, AI, robotics and 5G, Robert co-launched CloudMinds.  He is responsible for global business and product strategies, operations and strategic partnerships for the company.

Robert received his M.S. in management science and engineering from Stanford University, and M.S. and Ph.D. degrees in computational mechanics, M.S. in EECS from the University of Illinois, and B.S. from Tongji University. 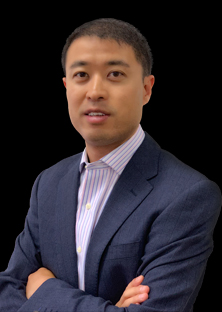 Mr. Richard Tang has served as CFO since July 2018.  Prior to joining the company, Richard was a founding partner of Paradigm Advisors, a boutique investment banking firm that provides advisory services, where he was responsible for the firm’s overall management. Previously, he was a director at China Renaissance’s investment banking division where he focused on new economy businesses. Prior to that, Richard was an executive director of the investment banking division at J.P. Morgan.
In his twelve years of investment banking experience, Richard has focused on leading capital market transactions for technology-media-telecom sector and consumer companies. Transactions he executed include funding rounds for Megvii, Suishouji, ZTO’s LTL business, iDreamsky Games, Cheetah Mobile, and Jumei.com.

With his extensive experience working on equity financing, bond offering and M&A transactions on the order of combined tens of billions of fund raised, Richard see CloudMinds as a exceptional opportunity representing future technology and development. 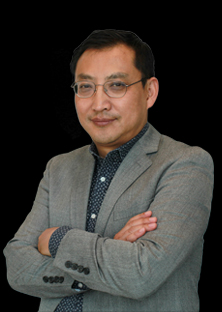 Dr. Karl Zhao serves as vice president of engineering where he oversees the development of the AI cloud platform that is central to the CloudMinds vision. Prior to joining our company, Karl was the head of engineering for mobile apps and video at OpenX, where he led the architecture, design, development and deployment of mobile app and video ad exchange servers that can handle multi-billion requests per day.  One of the impacts of this team was a 800% increase in revenue. Prior to this position, Karl held technical leadership positions marked by increasing levels of responsibility, at AT&T, BiggiFi, DigiLink and Equator technologies.

Having led numerous initiatives that involved complex, interactive, high bandwidth, real-time systems for emerging services, Karl was drawn to CloudMinds for the opportunity to bring to reality a platform that can transform society. 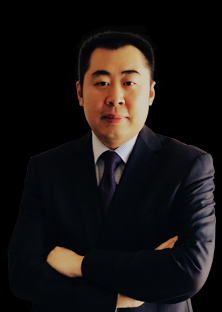 Mr. David Zhao has served as our vice president of sales since September 2018. He has rich customer resources and marketing channels which is helpful to promote sales growth. Prior to joining CloudMinds, Mr. Zhao was a vice president at LIONCO Holding Group Co., Ltd., where he was responsible for Investment Mergers & Acquisition. Previously, Mr. Zhao served as president of Da Tang Capital Management (Beijing) Co., Ltd., an investment management firm. Prior to that, Mr. Zhao served as regional general manager and executive assistant to the CEO of UTStarcom, where he was responsible for business development and sales in greater southwest region. He provided business plan and sales support for UTStarcom’s national product sales project when he was in charge of Government Relation and Business Development during this period. Besides, Mr. Zhao served as a sales director and product manager at Beijing Te Rui Electronics Co., Ltd., where he successfully provided equipment and instrumental service for China’s primary and secondary communication trunk projects. Mr. Zhao received his master’s degree from the International Academy of Management and Economics in the Philippines.

Given the new business model opportunities that will be created in the emerging cloud robotics landscape, Mr. Zhao is fascinated by the growth potential ahead for CloudMinds.